The Marriage Bar : A Ban on Employing Married Women 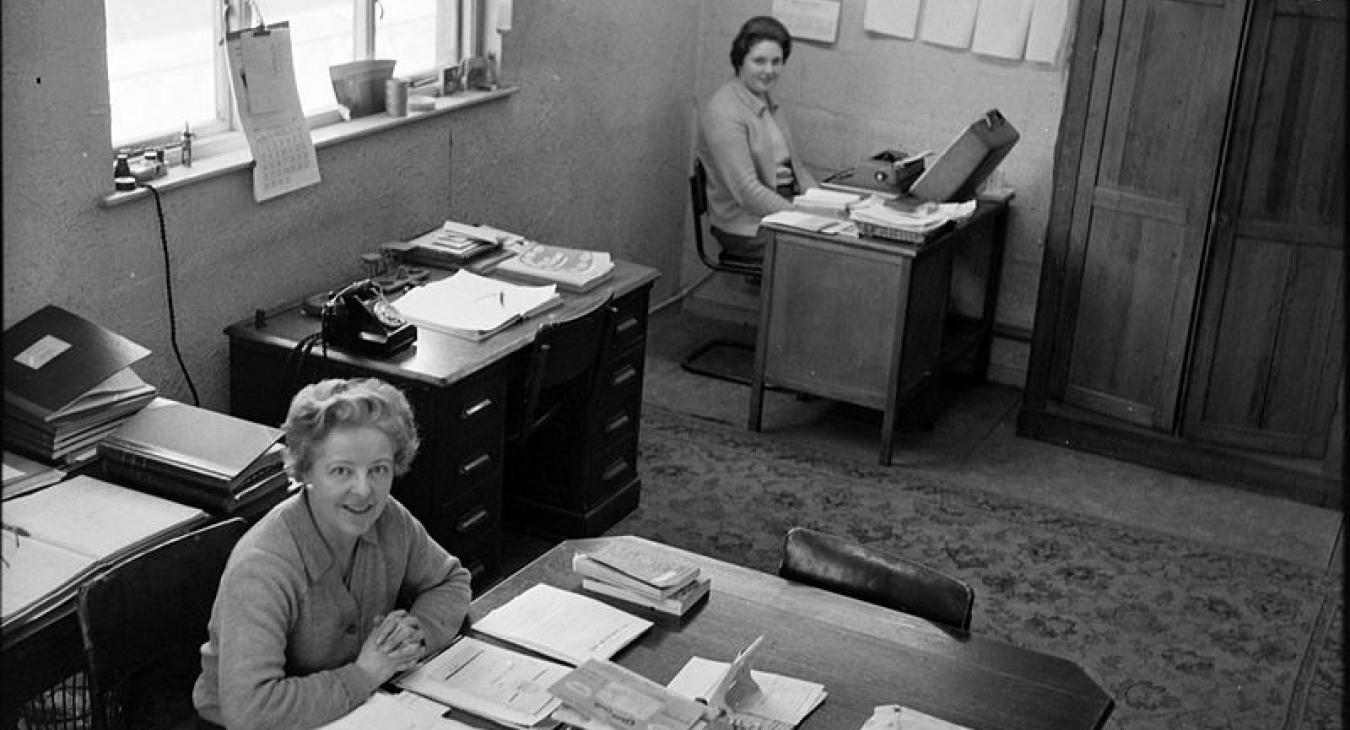 The Marriage Bar required single women to resign from their job upon getting married and disqualified married women from applying for vacancies. They were in common use up until the 1970s, which means that there are women alive today with first-hand experience of the Bar.

ICTU Social Policy Office DR LAURA BAMBRICK explains the Marriage Bar and how Congress would like to hear from women whose contracts ended on marriage, in order to record their memories of this important part of labour history.

Women first became public servants on the 05 February 1870, when the Post Office took over the telegraph system from private companies. Five years later, 30 women were employed as clerks in the Postal Saving Banks, and as a rule, married women were ineligible to be hired on permanent contracts and single women on such contracts were required to resign on marriage.

In 1890 women entered the civil service, as typists, on a trial basis. Within two years they were successfully employed in seven government departments. When, in 1893, the women typists campaigned to be made permanent this was agreed, but also that their contract would terminate on marriage. In place of their pension and to reduce the temptation not to marry, they would be paid a 'marriage gratuity' of one month's salary for each year worked, up to a maximum of twelve months.

For the government, the Marriage Bar was primarily a cost-saving initiative – if women were forced to retire on marriage, they would not remain in the service long enough to rise very high in the salary scale. The Bar also reflected social attitudes that it was a husband's duty to support his wife and a married woman's place was in the home. Female civil servants differed in opinion on the Marriage Bar. Those employed in routine and low paid work were generally in favour whereas those employed in the higher ranks, as clerks and factory inspectors, were more likely to resent it.

During the First World War, the total number of women employed in the civil service increased from 65,000, 90% of whom were in the Post Office non-clerical grades, to 170,000, in most departments performing every type of work. Despite this, at the end of the War, the government strengthened the Marriage Bar by putting into law what had been a departmental regulation.

The Bar after Independence

Irishwomen's access to employment and equal treatment at work worsened following Independence in December 1922. Within the first year, legislation removed a widow's right to get back her civil service job on the death of her husband. From 1926 the Minister for Finance was given discretionary power to hire married women to the civil service, but only in exceptional circumstances and only on a temporary, non-pensionable contract. As in Britain, there was no formal Marriage Bar on temporary staff. In spite of this, resignation on marriage and the non-recruitment of married women was common practice in temporary posts, with the exception of office cleaners.

In 1941 the Local Government Act gave the Minister for Local Government the power to make regulations disqualifying married woman from applying for vacancies in local authority services. Although it had been practice since Independence that in order to qualify for jobs women had to be unmarried or widowed, it was only when a loophole was found in the Marriage Bar that the policy was made official to prevent a recurrence.

Back in 1936, Vera Carey was appointed Leitrim County Librarian. When she married four years later she submitted her letter of resignation as required in her contract. On the request of her employer, she remained in the post until her replacement was found. In the meantime, Vera sought legal advice. Her solicitor discovered that while the 1924 Civil Service Regulation Act required women in the public service to resign from marriage it, mistakably, did not disqualify married women from applying for such posts. Vera applied and, being the most qualified candidate, was reappointed as County Librarian, despite local opposition. She continued in her job until her retirement in 1974.

While private and semi-state employers were not legally obliged to apply a Marriage Bar, it was widespread practice to include a clause in letters of appointment to female workers that their employment ended once they married. For example, An Post, CIE, Aer Lingus, banks and, two of the largest employers, Jacobs Biscuits and Guinness Brewers all had Marriage Bars.

The ban on the employment of married women in the civil service and wider public and semi-state sectors was not lifted until 1973, on foot of a recommendation of the Commission on the Status of Women and a shift in public opinion on working wives. Around 700 female civil servants had been forced to resign from their jobs on marriage in each of the preceding three years. They, along with all other former public sector workers affected by the Marriage Bar, now had the right to get back their previous jobs, but only if she could show she was no longer supported by her husband by reason of desertion, separation or ill-health! Marriage Bars in the private sector were finally abolished in 1977 when European law made it illegal to discriminate in employment on the grounds of sex and marital status.

While Marriage Bars were commonplace throughout Europe, America and beyond from the late 1800s, Ireland was one of the last countries to lift bans on hiring married women and dismissing women on marriage. This puts us in the unusual position of having women alive today who were personally affected by the Marriage Bar.

Congress is eager that these women's first-hand accounts of this important episode in labour history are documented for future generations. Together with RTí‰, we would like to hear from women who had to leave a job because of the Marriage Bar. RTí‰ will record a series of television interviews to broadcast a special programme from within its existing scheduled programmes if there is sufficient interest from women willing to share their experiences and memories of the Marriage Bar.