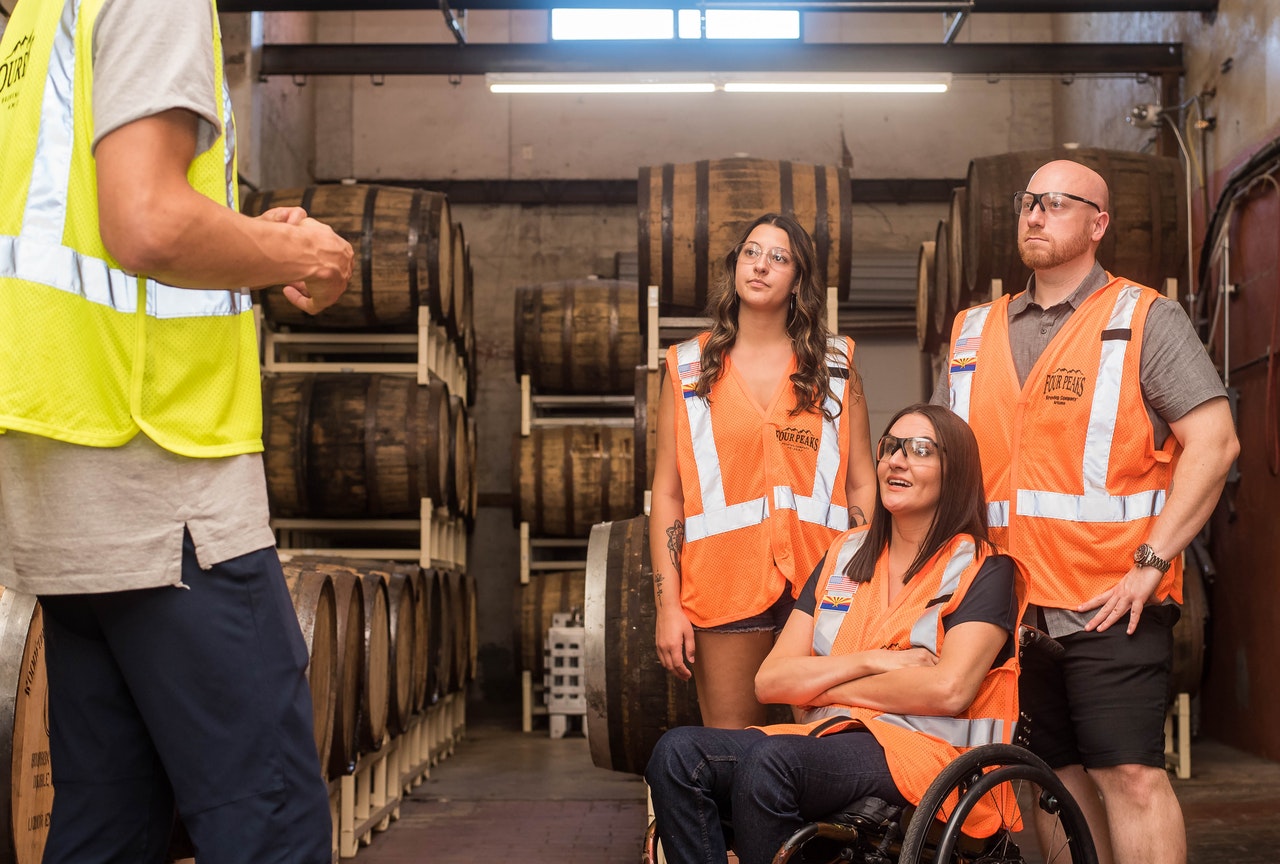 Our work in this area is guided by the Congress Disability Committee in order to pursue our objective of decent work for all disabled people.

We engaged with the authors of two 2021 reports on the employment of people with disabilities that illustrates the importance of this work:

ESRI study, commissioned by the National Disability Authority, examines the skills and educational qualifications and employment prospects of people with disabilities compared to those without, and how the situation has changed over time.

The study found that among EU-28 countries Ireland had the fourth lowest employment rate among people with disabilities of working age in 2018 (36 per cent). In addition, employment rates among this group did not benefit from the economic recovery that took place after the Great Recession to the same extent as other workers.

Among EU-28 countries Ireland had the fourth lowest employment rate among people with disabilities of working age.

In 2016, only a third of the working age people with disabilities indicated that their main economic status was employment. This compares with two-thirds of those without disabilities.

OECD report - Disability, work and inclusion in Ireland: Engaging and supporting employers says that the COVID-19 pandemic and its aftermath make action more important than ever. There is a large risk that the labour market situation for persons with disabilities will deteriorate further, as happened following the global financial crisis.

Only one out of three persons with disabilities has a job, one of the lowest shares in Europe.

At the same time, more than one out of ten Irish adults receive a disability payment, including many young people. This is one of the highest shares in OECD countries. Data indicate that many of them would like and be able to work if the right support measures were in place.

Both reports have a number of useful recommendations that we will seek to have implemented. We are active participants on the Comprehensive Employment Strategy for People with Disabilities implementation group. Our agenda here includes the pursuit of the Government commitment to double the target for employment of people with disabilities in the public service to 6%.

On Employment Supports, we urge implementation of the promised awareness and support programme for employers to support the recruitment and retention of people with disabilities. And referenced commitments to developing initiatives that improve employment opportunities for people with disabilities living in rural areas, including through remote working options.

Subsequently, we were pleased to mark International Day for People with Disabilities 2019 with the joint launch with Ibec of the Reasonable Accommodation passport scheme.  Originating in the GMB, the scheme is designed to enable disabled workers to carry out their work on an equal footing with others. Often there are fears around what reasonable accommodation in the workplace means – the Reasonable Accommodation Passport helps the conversations to happen.

In May 2020 we held our first major discussions on the importance of Disability Inclusion in COVID-19 responses.  The Committee heard from the Centre for Disability Policy and Law in NUIG and agreed to sign up to a joint statement with them and a range of disability organisations.

The Committee agreed to sign up to a joint statement by a number of civil society and human rights groups in Ireland, calling on all state actors to adhere to their obligations under the United Nations Convention on the Rights of Persons with Disabilities (UNCRPD), which Ireland ratified in March 2018. While the current pandemic is impacting on all members of society the UN Rapporteur on Disability has identified persons with disabilities as vulnerable during this global health pandemic and outlines a number of issues to be addressed.

The Committee also highlighted that facilitating flexible work, including work from home could be an opportunity as it often ties in with the needs of people with disabilities. Such flexible working solutions can foster participation in the labour force. Such solutions are increasingly a priority from a range of perspectives, including increasing participation amongst people with disabilities.

The inequalities faced by such groups in the labour market can be explained by the many barriers that exist to their full participation in the workplace – including an absence of the real flexibility in many organisations that would enable people to realise their professional potential.

The Committee welcomed the launch of the “Employers for Change” initiative to assist employers interested in employing people with disabilities and welcomed their coordinator to one of our meetings.  We continue to support Congress participation in their advisory group and encouraged participation in research they are carrying out on the learning from the experience of remote working amongst people with disabilities during COVID-19 and implications for long term employment policy and practice.

We welcomed a briefing from Mental Health Reform Ireland on the published Government mental health policy – Sharing the Vision. And held discussions with the disability federation of Ireland regarding the experience of high/very high risk people in the context of return to work.

The Committee supported Congress as part of an ETUC delegation at a social partner hearing on the new EU Disability Strategy. And participated in a discussion with a researcher for an OECD project on engaging employers in activating persons with disabilities in Ireland.

We fed into the Congress response to the first draft of Ireland’s report to the UN on their responsibilities under the UN Convention on the Rights of People with Disabilities.