Just Transition is the pathway to climate ambition 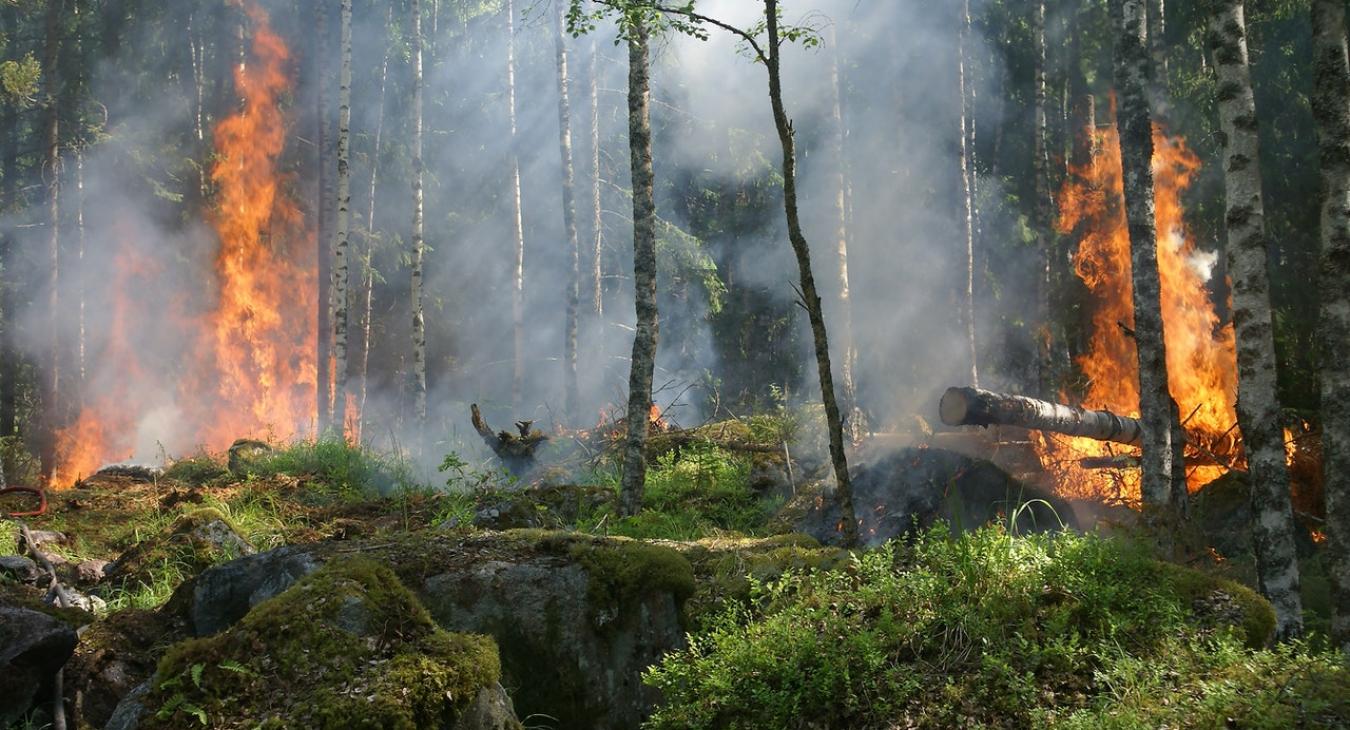 With the UN Climate Summit, otherwise known as COP26, in full swing, the challenges that are faced by negotiators and civil society alike are immense.

From the outset, unions have warned world leaders attending COP26 in Glasgow that the lack of action to reduce global emissions with Just Transition measures puts at risk economic and political stability.

The latest report by the United Nations’ Intergovernmental Panel on Climate Change (IPCC) found that “Human-induced climate change is already affecting many weather and climate extremes in every region across the globe.”

Under all scenarios for curbing emissions, global temperatures are still likely to rise within the next two decades, according to the report. That means more droughts, extinction of species, and a mass disappearance of coral reefs, the lifeline of fisheries worldwide.

It foreshadowed a grim future for the planet, suggesting that there is only a narrowing window of opportunity left for humans to stop global temperatures from rising further, to unliveable levels.

With a global health crisis still playing out in our everyday lives, the need for a safer and secure future of our planet and our people is paramount. This conference is a decisive moment in addressing the changes that are needed to stem the pace of climate change and mitigate its impact on people and the planet.

Working people face a convergence of crises with the climate emergency, a global pandemic, inequality, and the breakdown of trust in democracy.

We have eleven years to stabilise the planet at a 1.5°C temperature rise, yet governments are not taking responsibility to realise their targets. Every government must raise its ambition and determine national development plans, including Just Transition measures to protect workers, their families, and their communities. Every employer must have a plan for climate-proofing their operations, and Just Transition measures must be at the heart of such plans.

Unions are ready to engage in dialogue at all levels to ensure that Just Transition measures are adequate and to build people’s trust in a process that will realise the ambition we all rely on.
There are no jobs on a dead planet — the alternative is to build good jobs on a living planet.

The global trade union movement has laid our four key commitments that are needed to spurn an escalation in climate action:

According to Sharan Burrow, ITUC General Secretary “We are in a race against time to stabilise the planet and COP26 is a significant milestone. All industries need to transition to give us hope of a positive future yet too many government leaders will go to the UN Climate Summit with ambitions that do not meet the vital constraints of a temperature rise of 2 degrees let alone keeping within a 1.5-degree limit”.

•    ·While 49 countries refer to Just Transition in their NDC, nearly 9 in 10 are denying working people and communities a say in their own future by not using social dialogue, based on ITUC research.

•    Less than a quarter of governments commit to Just Transition in their NDCs.

This fails to give workers and their communities hope and it fails to build trust. Working families need jobs - climate-friendly jobs with just transitions. Dollar-for-dollar, climate-friendly investments create more jobs in the near term than unsustainable investments.

There are jobs in every industry if governments, investors, and corporations accept they need to involve workers in social dialogue and have transparent plans for clean energy, clean technology future.

For example, according to new research Investing in public transport creates 1.4 times as many jobs as road construction per $1 bn.

Furthermore, the International Renewable Energy Agency (IRENA) has estimated that renewable energy could employ more than 40 million people by 2050 and that total employment in the energy sector could reach 100 million by 2050, up from around 58 million today, if renewable energy was to be pursued to its full potential.

It is worthy to note that renewable energy employment worldwide reached 12 million last year, up from 11.5 million in 2019, according to the ILO’s Renewable Energy and Jobs: Annual Review 2021

Climate-friendly jobs with Just transition, industry policies, and investment plans must be backed up with climate finance to decarbonise every country. Fulfilling commitments to the US$100 billion climate fund is essential to a low carbon future. Providing adequate financial assistance to pay for the loss and damage already happening in the Global South will determine the success of the UN Climate Conference in Glasgow.

Essential to a Just Transition is the negotiation of national, sectoral, and firm-level mitigation and adaptation measures with workers and trade unions to best ensure that such measures are sufficiently ambitious while at the same time providing a basis for workers and communities to adapt and indeed prosper under those measures. States are already required to ensure that all workers without distinction, including those most affected by climate change but most often excluded from labour protections, have the right to form trade unions and to negotiate over mitigation and adaptation measures.

The right to bargain binding agreements over climate-related issues is well established under international law (and there are in fact some examples). The right to take collective action, including to strike, over climate matters, is also clearly established in international law. As if to underscore these points, Clément Voule, the UN special rapporteur on the right to peaceful assembly and association, recommended in his report to the UN General Assembly that states must “ensure that all workers are guaranteed the right to associate, including the right to strike, and to bargain collectively at all levels, including over matters related to climate change and just transitions.” ICTU has recently produced a guide for workplace activists to begin conversations with their employers on how to climate-proof their workplace  https://www.ictu.ie/publications/time-climate-and-employment-proof-our-workplaces

In a climate crisis, this must mean that the jobs we hope to create through mitigation and adaptation measures, the ‘green’ jobs, must be good, well-paid jobs. It also means that the state must ensure that working conditions in a warming world are safe, which itself requires action necessary to mitigate and adapt to increasingly higher temperatures and more intense storms.

A Just Transition towards a low carbon economy is not only possible but an urgent necessity. Climate change will continue to impact workers worldwide, and such impacts are likely to be significant and disruptive unless workers are an integral part of the solution. The development of a right to a just transition couched in international labour standards and international human rights law can help propel the concept into the statute books and hasten progress toward sustainable economic growth and social progress.

The Green Jobs Advantage: How to Promote Climate-Friendly Job Creation, Job Quality, and a Just Transition Link to the event video: https://www.ituc-csi.org/the-green-jobs-advantage-how-to