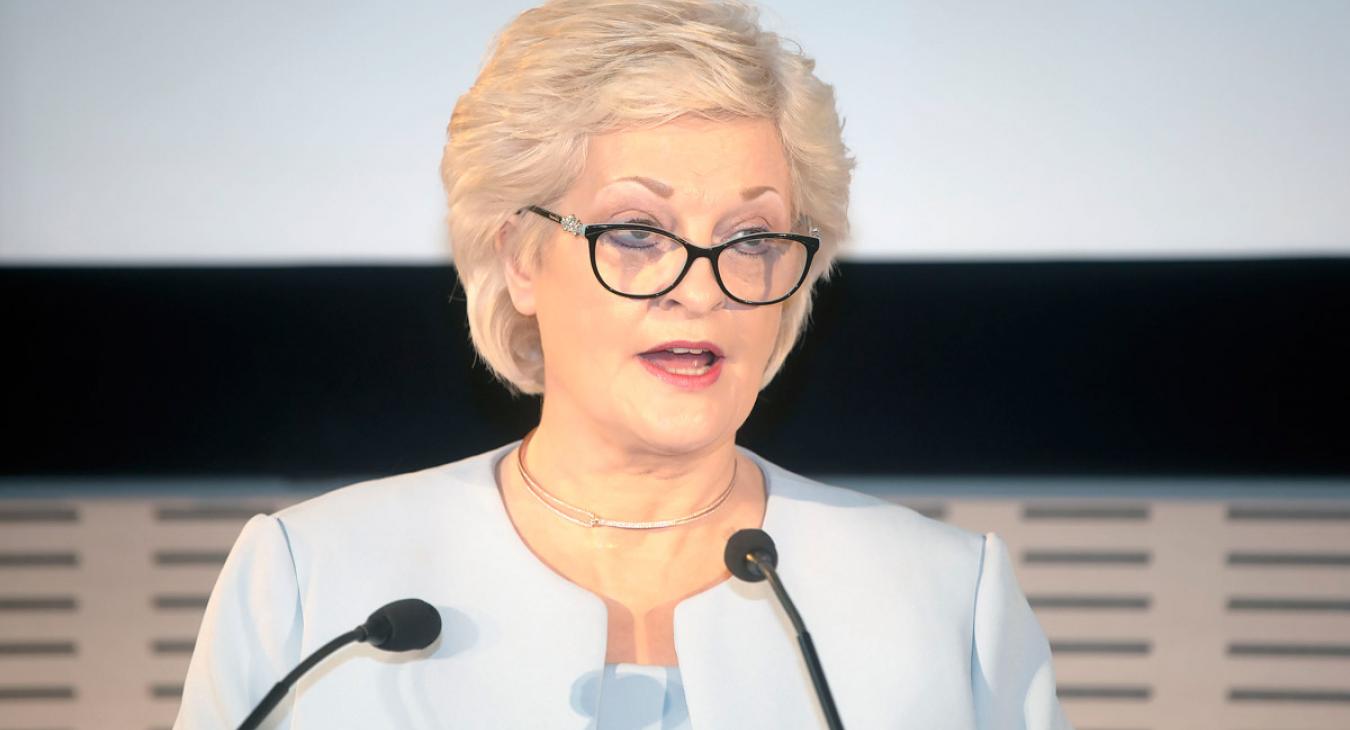 The focus of the event was the plight of homeless families and children living in hotel rooms and temporary accomodation. A panel of experts, including urban design architect Mel Reynolds, Brendan Kenny of Dublin City Council, Tanya Ward of the Children's Rights Alliance, and Síona Cahill of the Union of Students of Ireland, addressed the conference supported by the Irish Congress of Trade Unions.

Congress General Secretary Patricia King, in her opening remarks, said there are close to 10,000 people homeless, many thousands of them children.

In her speech she said "we grow accustomed to families living in cars and tents, to children being raised in hotel rooms, to lives being wasted and life chances destroyed.We must guard against this danger and guard against those who would attempt to portray the crisis as intractable. That is a lie".

Patricia King also said 'the housing emergency is neither a natural disaster, nor an act of God.  It has been made entirely by human hands and can be resolved and ended the same way".

The General Secretary said the Congress Charter for Housing rights set out the principle that there should be a "legal right to housing" and that the situation was a national housing emergency that demanded a major public housing construction programme.

'some of you may recall that we gathered here exactly 12 months ago - almost to the day - to discuss the same essential problem that our conference aims to address today.

On that occasion, according to official figures, there were 3,267 children homeless across the country as part of 1,517 homeless families.

The overall homeless figure for January 2018 stood at 9,104 (figure from Focus Ireland).

Twelve months on, there are 1,728 families homeless with 3,811 children in those families.

The overall figure is as close to 10,000 as makes no material difference and, in truth, it has probably breached that threshold already.

You may remember that in the early part of 2018 the government changed how it defined and counted homelessness.

This removed a number of people who would normally have been included in the official tally and, surprise, surprise, the numbers fell and the government gained some brief respite.

But within weeks that merciless upwards trajectory resumed.

Overall, our rate of homelessness has tripled since 2014 (Focus).

So, it is hardly a cause for celebration that we are back discussing the same problem.

Such is the depth of the policy failure we are witnessing that what was once described as a crisis has now morphed into nothing less than a full-blown emergency, whose impact is felt at all levels and across all sectors of society.

How else could you describe a situation in which one family becomes homeless every eight hours; where a major hospital is forced to discharge over 800 children into homelessness, or more than one in four of our primary schools have pupils who are homeless?

And behind this growing catalogue of horror that has come to define modern Ireland, there are the tens of thousands of relatively invisible victims, the hidden homeless who are crammed into crowded and unsuitable accommodation, with families stretched to breaking point.

Many have already spent years on official housing waiting lists and see no prospect of ever having a place to call home.

And there are the countless thousands of low and middle income earners priced out of the market and for whom the prospect of purchasing a home is now little more than a pipedream.

The rental sector offers no escape either, with average monthly rents across the country now more than €300 above the Celtic Tiger peak - despite the introduction of the government's much vaunted rent pressure zones.

Equally, the sector is characterised by deep insecurity and given the growing role played by international finance and investors, this situation will only worsen in the years ahead - without strong corrective intervention and action.

This is confirmed in a recent paper for investors, issued by residential property specialists Knight Frank. They observed that:

"With indicators such as prices, rents and supply all pointing in a favourable direction from an investor's point of view, the outlook remains bright."

Of course, "bright" for them means worse for everyone else. They go on to state that:

"...this creates an opportunity for foreign buyers who are not hindered by funding obstacles. In this context, international interest is only set to grow."

It is worth noting that the company sees the root of the problem as a simple lack of supply, and point out that:

"the delivery of new residential stock between 2010 and 2016 is sitting at its lowest ever level since records began in 1970."

In other words, we will see continued insecurity and spiralling costs in the rental sector, along with an absence of affordable homes for younger workers and those on average incomes.

Unless we see a dramatic and radical change of course from government.

It will not be lost on too many that this catalogue of shame and horror continues to unfold even as we celebrate the centenary of the First Dail and the Democratic Programme,

On occasions like this it is worth reminding ourselves of the promise that this visionary programme held out for a people on the cusp of nationhood. The Programme reaffirmed:

".... that all right to private property must be subordinated to the public right and welfare."

Even more telling is the Programme's pledge that:

"... no child shall suffer hunger or cold, from lack of food, clothing, or shelter.."

The real danger we as a society face is that over time we become numb to these stories, we lose our capacity for anger and slowly, the emergency becomes the "new normal".

We grow accustomed to families living in cars and tents, to children being raised in hotel rooms, to lives being wasted and life chances destroyed.

That is a lie.

The housing emergency is neither a natural disaster, nor an act of God.

It has been made entirely by human hands and can be resolved and ended the same way.

We solved proportionately larger crises in housing in the 1930s, 1950s and 1970s, at a time when resources were far less available than they are today.

On each occasion, the state – working through local authorities – played a central role in the delivery of public housing.

That is the crucial component we are missing today.

When we gathered here last year we used the occasion to formally publish and launch the Congress Charter for Housing Rights – a document that remains as the bedrock of trade union policy on this issue.

The Charter sets out five key principles that offer a clear, coherent solution to this problem over the short, medium and the long-term.

It is worth reminding ourselves of those principles:

Those are very reasonable and moderate measures.

If you look at countries that enjoy stable housing markets - where working people can afford to rent or purchase, where tenants enjoy real security and certainty - you will find measures such as these form a core part of official housing policy.

Most importantly you will find that the state plays an active role in provision of public housing and has not abandoned this role to the private sector, as has happened here.

Last October Raise the Roof organised a rally outside Leinster House, in support of an opposition party motion on housing.

The rally was a great success and was, I believe, instrumental in ensuring that the motion was subsequently passed by the Dail.

That motion demanded government implement a number of new measures to tackle and resolve the housing emergency.

In essence, those measures echoed the principles set out in the Charter, calling for action on evictions and security of tenure, for a major increase in investment for public housing, and for the creation of a legal right to housing.

As I have said, that motion was supported and passed by a majority of TDs and parties in the Dail.

But so far the government has failed to act on it or to implement its terms.

Instead, the Budget that was unveiled within days of that vote taking place was an exercise in business as usual.

There were measures to benefit private landlords and an increase in funding for the HAP, which has already doubled over the last two years.

By its own calculations, the government will be spending close to €1 billion per annum on all rental supports - money that goes exclusively to private landlords – within the next two years.

By contrast, the Budget also included extra funding for social/ public housing. By our calculations, this will deliver the grand total of 700 new homes.

That, more than anything, tells you where the housing priorities of this government lie\u0022.